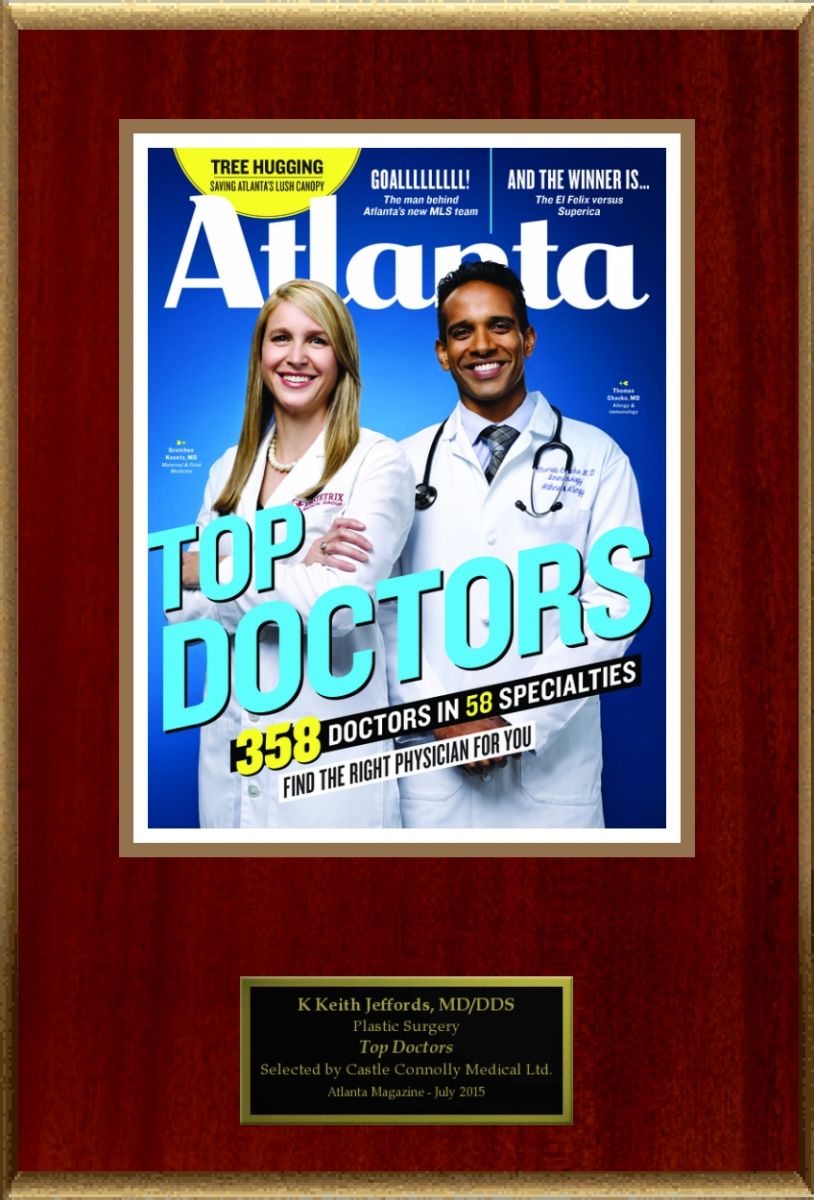 Keith Jeffords, MD has be named a 2015 "Top Doctor" by Castle Connally. This the national rating service for physicians. It has been announced by Atlanta Magazine in the July 2015 issue. This is the 5th consecutive year Dr. Jeffords has made this list. This is one of the highest honors bestowed to a physician. "It is such an honor to be included in this listed of colleagues", Dr. Jeffords said. This is a national list that is peer nominated and selections are made based on achievement in the doctors' own specialty. 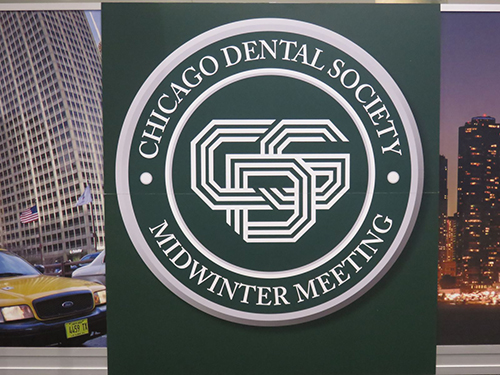 Keith Jeffords, MD, DDS was a featured speaker at the 150th annual Midwinter Meeting of the Chicago Dental Society. This meeting has over 30,000 attendees from around the world and is one of the largest meetings in Dentistry. Dr. Jeffords taught two instructional course and gave a general lecture. The meeting was held at the McCormick Center from February 26-28, 2015 in Chicago, Illinois. 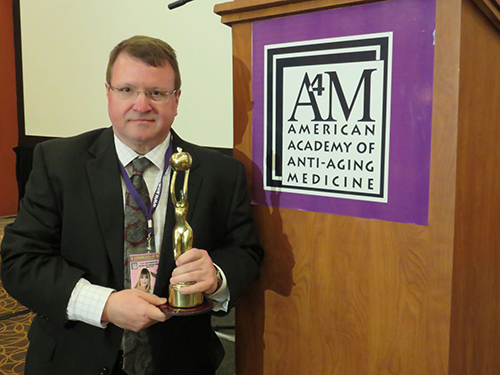 Dr. Jeffords was a featured lecturer at the Mexican/Latin American Congress of the Academy of Anti Aging Medicine on February 13- 14, 2015. He gave lectures on "Developing a Hair Loss Practice" and "Penis Enhancements using Platelet Rich Plasma (PRP)". These two talks were very popular with the physicians from all over Latin and South America. This was Dr. Jeffords' first address to this esteemed medical congress. 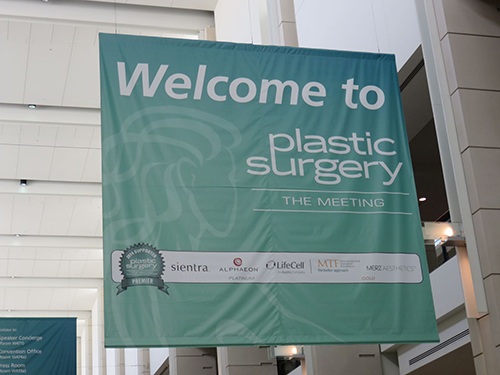 Keith Jeffords, MD was featured twice at the American Society of Plastic Surgeons Annual Meeting in Chicago, Illinois. This was Dr. Jeffords' first invitation to speak at the largest Plastic Surgery meeting in the world. He spoke on October 10, 2014 in the Hot Topics session on NeoGraft Hair Restoration. The Hot Topics forum introduces new techniques and technology to Plastic Surgeons. On October 14, 2014, Dr. Jeffords spoke at the last session in the Practice Management Forum regarding private practice. 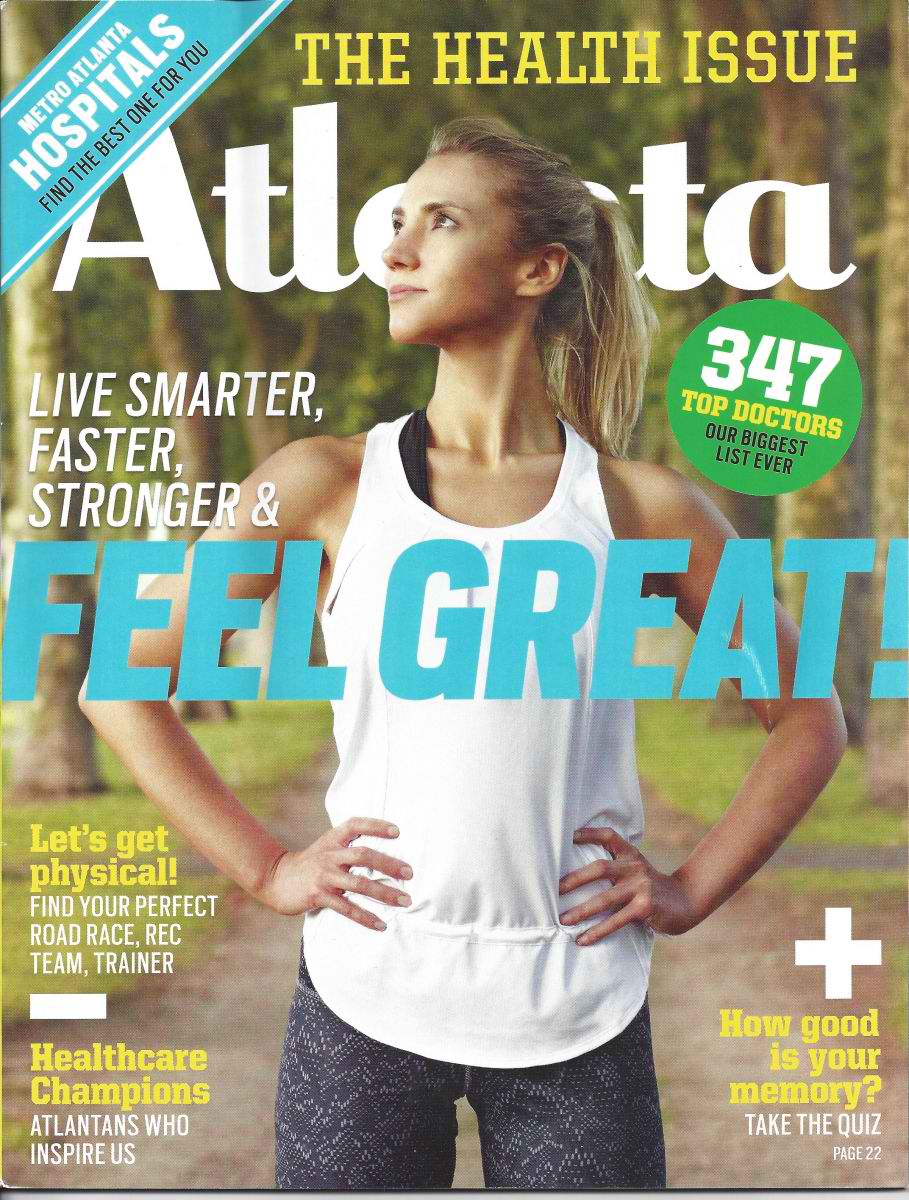 Keith Jeffords, MD has been named an Atlanta Magazine "Top Doctor" for the fourth consecutive time. Atlanta Magazine announced the "Top Doctors" list in the July 2014 edition. 9 Plastic Surgeons were listed out of the 347 physicians in every medical specialty. This is Dr. Jeffords' 4th recognition on the list which is compiled from peer reviewed rankings by Castle Connolly. 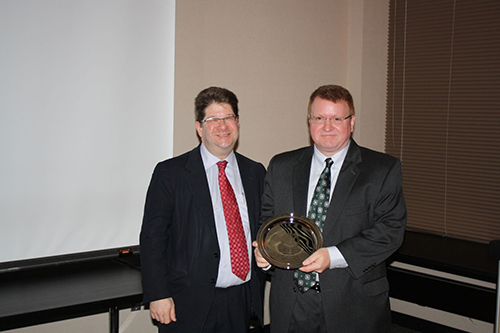 Dr. Jeffords is a Visiting Professor at University of Pittsburgh

Keith Jeffords, MD was a Visiting Professor at the University of Pittsburgh Plastic Surgery on March 12, 2014. Dr. Jeffords was invited to be a Grand Rounds speaker to a crowd of medical students, resident surgeons, faculty and staff. He lectured on two topics: 1) Marketing Strategies for a New Practice and 2) Incorporation of Men into an Aesthetics Practice. Seen above is Peter Rubin, MD (Chairman of Pitt's Department of Plastic Surgery) presenting Dr. Jeffords with his Visiting Professor Award. 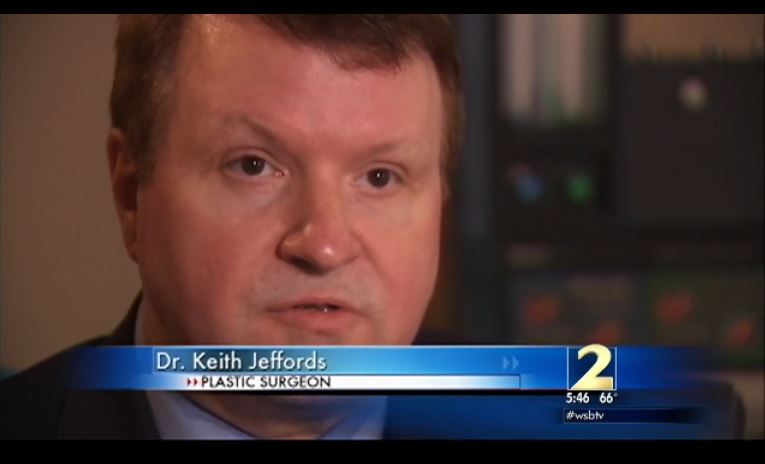 Dr. Jeffords is interviewed on WSB TV Action News segment "Would you let your eye doctor perform facelift"? This segment aired on Tuesday, November 18, 2103. Aaron Diamant, investigative reporter for WSB TV, was discussing the growing number of non- Plastic Surgeons performing aesthetic surgery procedures in their offices. Georgia has no regulation protecting patients. Georgia has no regulation on office operating room. Dr. Jeffords was asked to comment on the status of these physicians and their motivations.

See the link below to view the news segment

Emvera Technologies have release a new video featuring Keith Jeffords, MD. Jeffords Plastic Surgery has the Diolux Laser, which is the fastest laser hair technology on the present market. "Diolux has changed how my patients view laser hair reduction", Dr. Jeffords states. "Laser hair removal has always been painful". "Now with Diolux, there is no discomfort with very effective laser hair reduction". This laser is very quick and does not superheat the skin. 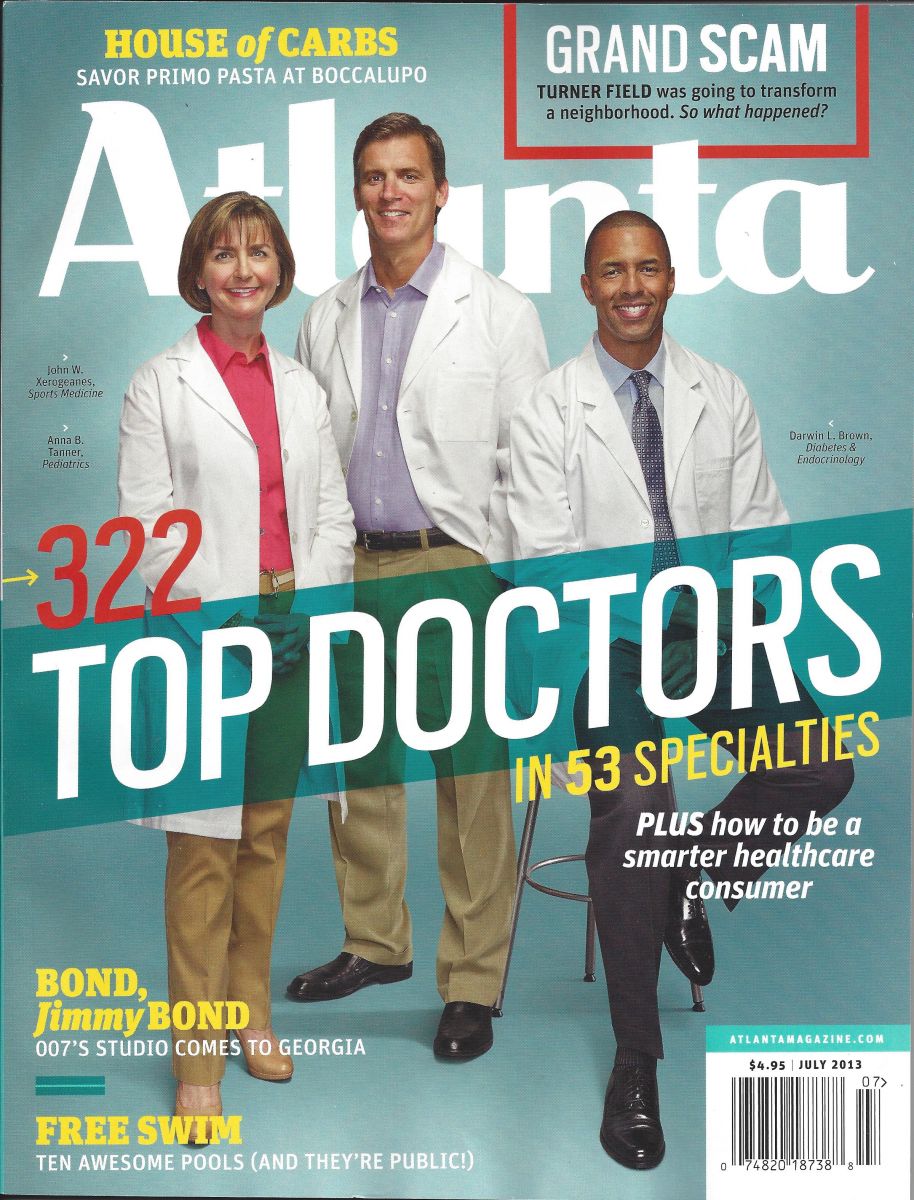 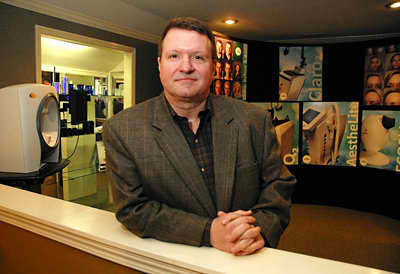 Keith Jeffords, MD was given a Proclamation by the Georgia House of Representatives on Tuesday, Febuary 12, 2013. This proclamation was initiated by Representative Christian Coomer (District 14- R) from Adairsville. Representative Coomer is also Governor Nathan Deal's House Floor Leader. See our News section for more photos and details.

Dr. Jeffords and the staff of Jeffords Plastic Surgery is featured in Emvera Technologies' video demonstrating their new Claro2. This video is designed as an introductory presentation to physicians interested in this new technology. Both Dr. Jeffords and Octavia Sheppard have prominent interviews in this video. 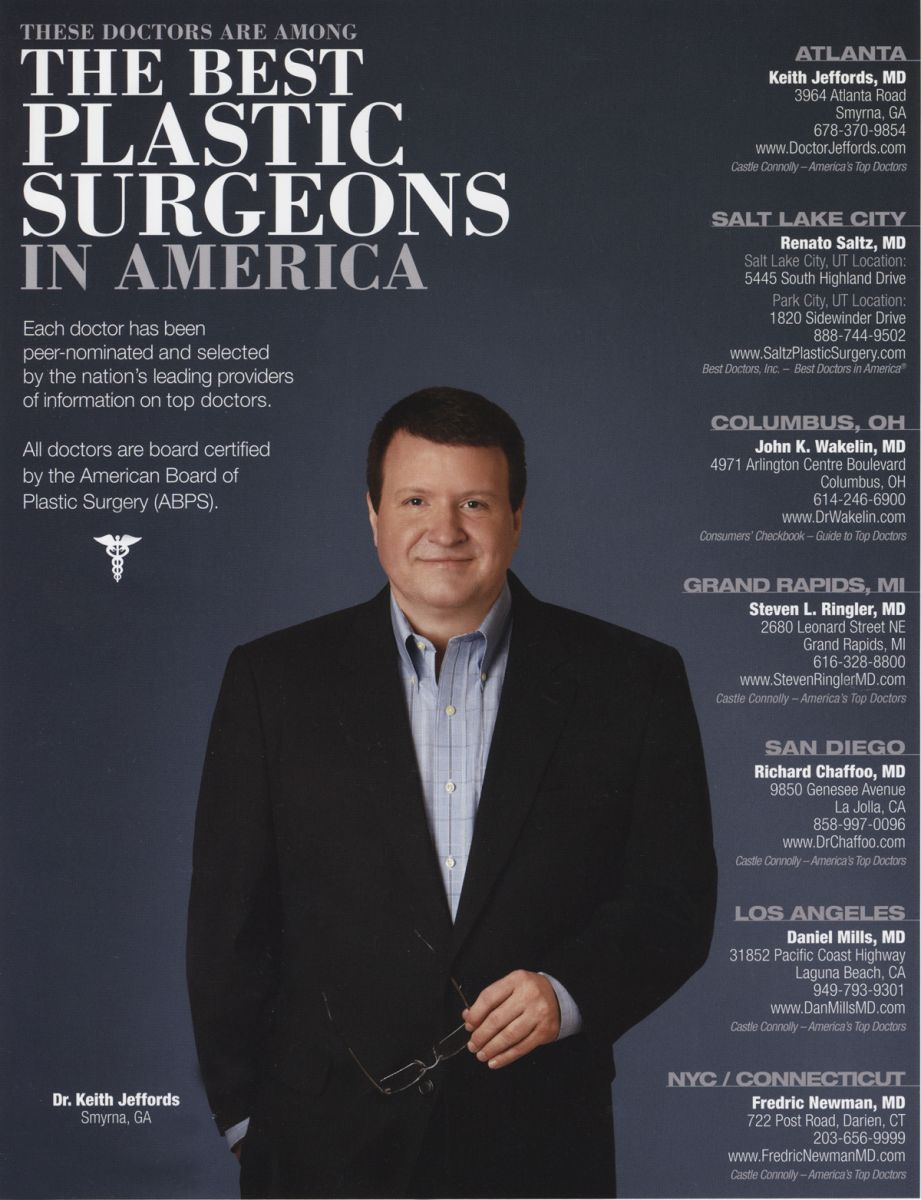 On your next flight on Delta, check out the October 2012 issue of the inflight SKY magazine. Dr. Jeffords is featured as one of the "Best Plastic Surgeons in America" on page 128.

In this feature, each doctor has been peer-nominated by the nation's leading providers of information of top doctors.

All doctors are board certified by the American Board of Plastic Surgery (ABPS).

Dr. Jeffords is the featured surgeon for the Atlanta area. 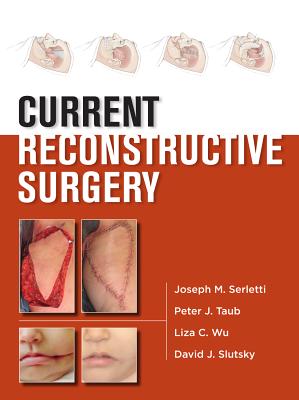 Dr. Keith Jeffords is a chapter contributor in the newly published Current Reconstructive Surgery book. This 824 page text book is a 2012 McGraw- Hill publication. Dr. Jeffords co-wrote the chapter entitled "Alopecia" with Drs. Davidson and Manders of the University of Pittsburgh Department of Plastic Surgery.

Dr. Jeffords is one of the few board certified Plastic Surgeons that performs hair transplantation surgery in the United States. Dr. Jeffords is a Neograft FUE (follicular unit extraction) provider. Dr. Ernest Manders has long been considered an authority in the field of scalp surgery.

The book is available for purchase from medical bookstores and also on www.amazon.com.

edure. Dr. Jeffords even posted signs in his office asking patients not to fill their prescriptions at Walgreens.

Keith Jeffords, MD was featured in a Good Samaritan story by WSB TV and the Atlanta Journal Costitution newspaper. The feature tells the story of a landscaper that appeared on the lawn of Jeffords Plastic Surgery with a severe injury to his right arm. Covered in blood, Mr. Filberto Huaracha came to the nearest doctor for help. His hemorrhage was controlled in the lawn of Dr. Jeffords' office with the aid of Ricky Davis and staff/patients. Paramedics arrived and transported Mr. Huaracha to Grady Hospital. 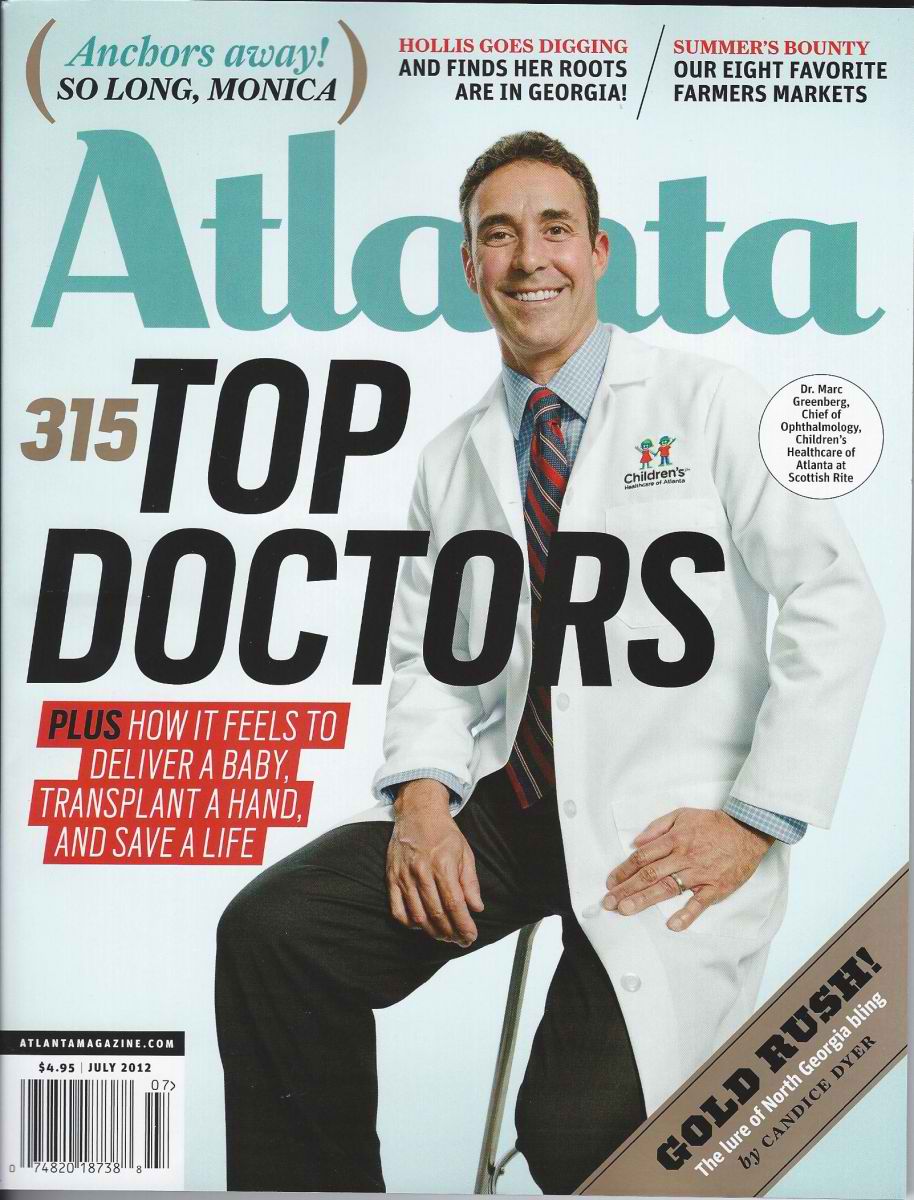 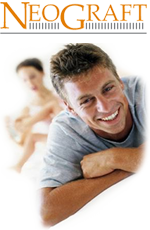 He is the first NeoGraft physician in Atlanta to offer this incredible procedure. Neograft is the revolutionary method of Follicular Unit Extraction to transplant hair for men and women. This is a scar-less procedure performed in the office under local anesthesia. 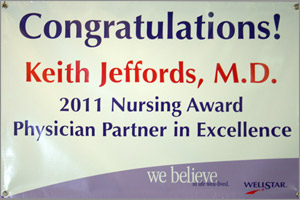 Take a look at our current and past newsetters. These have monthly specials on many of our services and products,