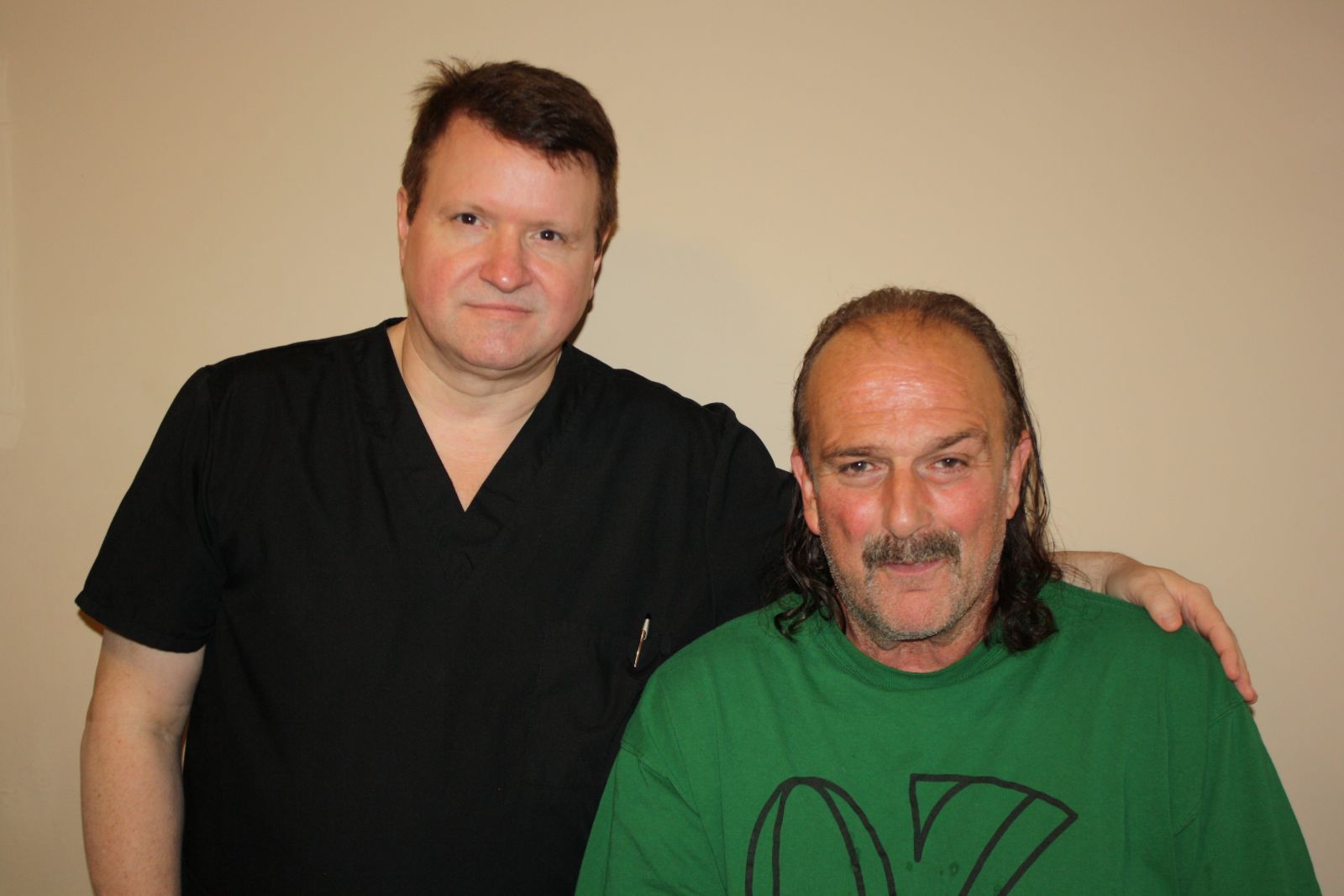 Jake the Snake Roberts had a Neograft Hair Transplant procedure at Paramount Plastic Surgery on 8/20/2013.  Jake is a world renowned legendary wrestling personality.  Though not actively wrestling, he continues to make speaking appearances for his thousands of fans throughout North America.

Several production companies are following Jake as he reinvents himself as a senior spokesman for professional of wrestling and various charities that he supports.  At the beginning of Jake's hair transplant, cameras were present filming the comedic Jake as he was preparing for his session.  His is featured in August 2013 on a HBO Sports in a documentary.

Dr. Keith Jeffords is photographed above with Mr. Roberts prior to his hair transplant.  He chose Neograft and Dr. Jeffords because of revolutionary procedure.  Neograft is the first automated follicular hair transplant system approved by the FDA.  There are no linear scalp scars, no incisions, and minimal post op pain with this technique.