A random act at Paramount Plastic Surgery has been reported throughout media outlets during the past 48 hours.  It started with WSB TV Action News reporting on a story in which Dr. Jeffords was featured.  Then the Atlanta Journal Constitution placed this story at the top of the news feed on their website.  The events of Monday, July 16, 2012 were picked up by the Associated Press and have been included on newscasts and websites throughout Georgia even reaching Boston and the United Kingdom. 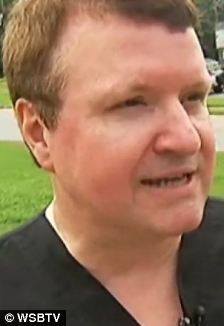 It was an ordinary day at the office.  While seeing patients, Dr. Jeffords was interrupted by Ricky Davis stating “there is a man bleeding to death on our lawn”.   The quick cascade of events led to the stabilization of this gentleman and his transportation by paramedics to Grady Hospital.  The entire office staff and even patients sprang into action.
Dr. Jeffords posted on Facebook:

“Interesting day at my office.   A consultation was interrupted by saying  ‘there is a man bleeding to death’ outside my office.  A landscaper came to my door after cutting his upper arm with a chainsaw. His coworkers brought him to my office since I was a doctor. So, in my yard, I applied a tourniquet, cleaned him and brought him into my office. Paramedics came. He was stabilized and transported to Grady. Who said Plastic Surgery is boring?”

Channel 2 News saw the Facebook feed.   Diana Davis of WSB TV Action News called Tuesday morning and the rest is history.  As one of Dr. Jeffords’ Plastic Surgery colleagues emailed to him, “It is so nice to hear a positive story on the news”.  Thanks to Diana Davis for making this happy ending a reported event. 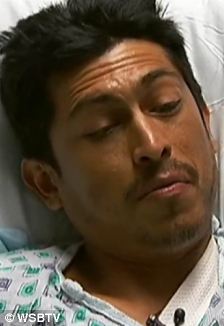